IVORY.   Now there is a subject which has been continually on the agenda generally, and particularly in the Antiques world for a long time, quite rightly.

The murdering of Elephants and Rhino is a disgusting occurrence and in no way defensible.  It is illegal but still carries on to feed the insatiable demand which emanates mainly from Asian countries. I believe there are shops openly selling ivory items in such places as Hong Kong and Singapore, passing it off as old.  Rhino ivory supposedly has great medicinal properties in China and other countries.

This ongoing slaughter has led to a European and Western reaction to ban the trade in all forms of ivory, with legislation well advanced in the UK to do so.  I understand this but I’m not sure it will save any elephants.  To ban the sale of anything made of ivory, with no date controls at all seems strange. In recent years we have been restricted to selling ivory items that are effectively pre 2nd World War and that I could understand.  Not always easy to be sure and so we always have taken a cautious view - if we are not sure we don’t take it.  Now we will not be able to sell anything made of ivory or with parts of ivory, with very few exceptions.  So a wonderful 200 years old Japanese carving or a beautiful Chinese ivory calling card case from the 19th century or even a Georgian chest of Drawers with ivory escutcheons (keyhole surrounds), we will have to reject.  Maybe trade in these items will go black market, rather than having some sort of control.  In the meantime the Eastern Buyers will still demand new ivory and the miniscule amount relatively, that is sold in the UK, now to be banned, will make no difference. No Elephants will be saved by this from what I can see and wonderful antique objects will not be able to be traded.  I may be missing something here but direct action against the poachers and the trade routes would seem to be more sensible.  Hence maybe a levy on the sale of ivory antiques, which could be used to combat the trade, would seem more appropriate. Rant over!! 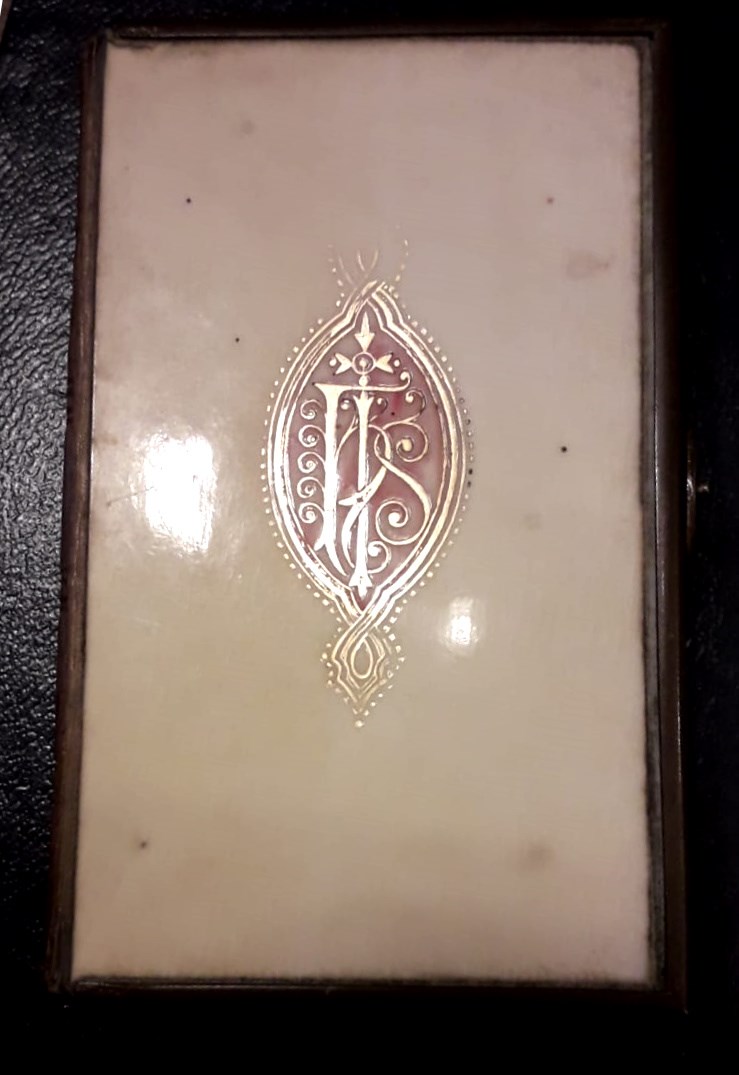 On my mantelpiece, amongst all the other weird and sometimes wonderful (in my eyes anyway) objects there sits a small Common Prayer Book with ivory covers and leather spine, decorated with brass inlays and gilt tooling.  Now this is of very little value, soon to be none at all, but it is beautifully made, dated 1871 in the original owner’s inscription, and in lovely condition.  I don’t profess to have ever used it in Church and the text would be too small for my aging eyes now anyway but it is an item I bought as a very young Auctioneer learning my craft  I don’t think I’ve seen another in nearly 50 years.  It just gives me pleasure to own it and I’d never sell it.  Items don’t need to be universally of value to be collectable and of value to the individual, just nice to appreciate.