Fakes, forgeries and copies, those are terms to conjure with and which can give all Auctioneers the heeby jeebies!
Even the big boys sometimes get it wrong and I’ve already discussed a piece of silver which caught me out years ago.   We always have to be very careful how we describe things and the auctioneer’s way is not to commit if we are not sure.  Buyer beware!

The different interpretation of each of those terms would make an article if not a thesis on its own.  I wanted to talk this time about one factory which has always intrigued me and made their living by making copies or fakes or forgeries, as you wish to consider,  and from which I have a couple of examples.

The Samson firm of Paris was formed in the 19th century by Edme Samson and they specialised in making copies of the products of other factories and countries well into the 20th century.  They always said they were not fakes or forgeries and that they were marked in such a way as to not deceive but many items have been passed off as the real thing over the years, catching out some of the best authorities. None are marked as Samson, usually having a similar but slightly different mark to the original.  All were produced in hard paste porcelain even if copying previous items made in soft paste or even pottery; so that is a useful pointer.  The factory was hugely prolific, especially in the late 19th century when there was great interest in so called antique ceramics from Europe and the Orient.

We regularly see examples in the saleroom, usually decorative but easy to spot and not valuable.  I think with the story of the factory, these lots are good value because they are always decent quality and tell an interesting tale. 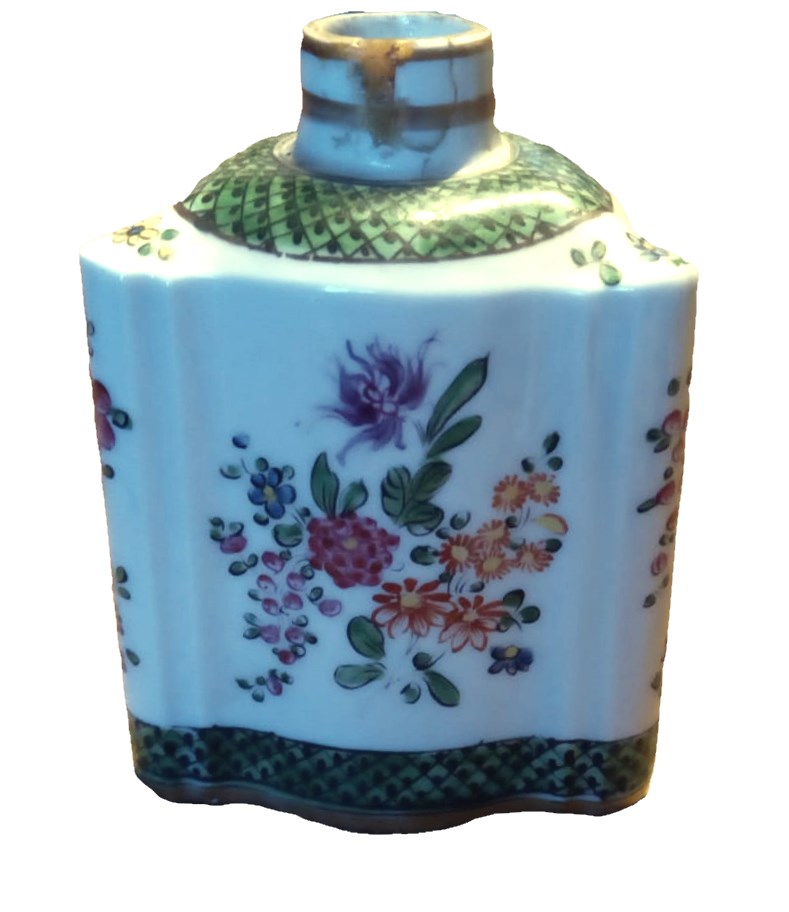 My items are modest.  I bought the first, which is a little Tea caddy of triangular section decorated in Chinese style, many years ago as a tenderfoot auctioneer learning his trade.  It’s been repaired and will never be worth much but it’s one to tell a real story.  In the 18th century the Worcester factory, of which I’m also fond, was known for producing copies of Chinese porcelain items and marking them with strange cyphers which bore no relation to the real thing.  Quite rare in themselves but easy to spot by the knowledgeable, especially as they were usually in a soft paste body, made before they perfected the manufacture of hard paste wares, which the Chinese porcelain was.  What’s interesting is that Samson has here copied the Worcester piece rather than the original Chinese version.  So what we have is a French hard paste copy of an English (Worcester) soft paste copy of a Chinese hard paste original!  I just love that, it really makes me smile.  Despite all that worth next to nothing, as it’s damaged. 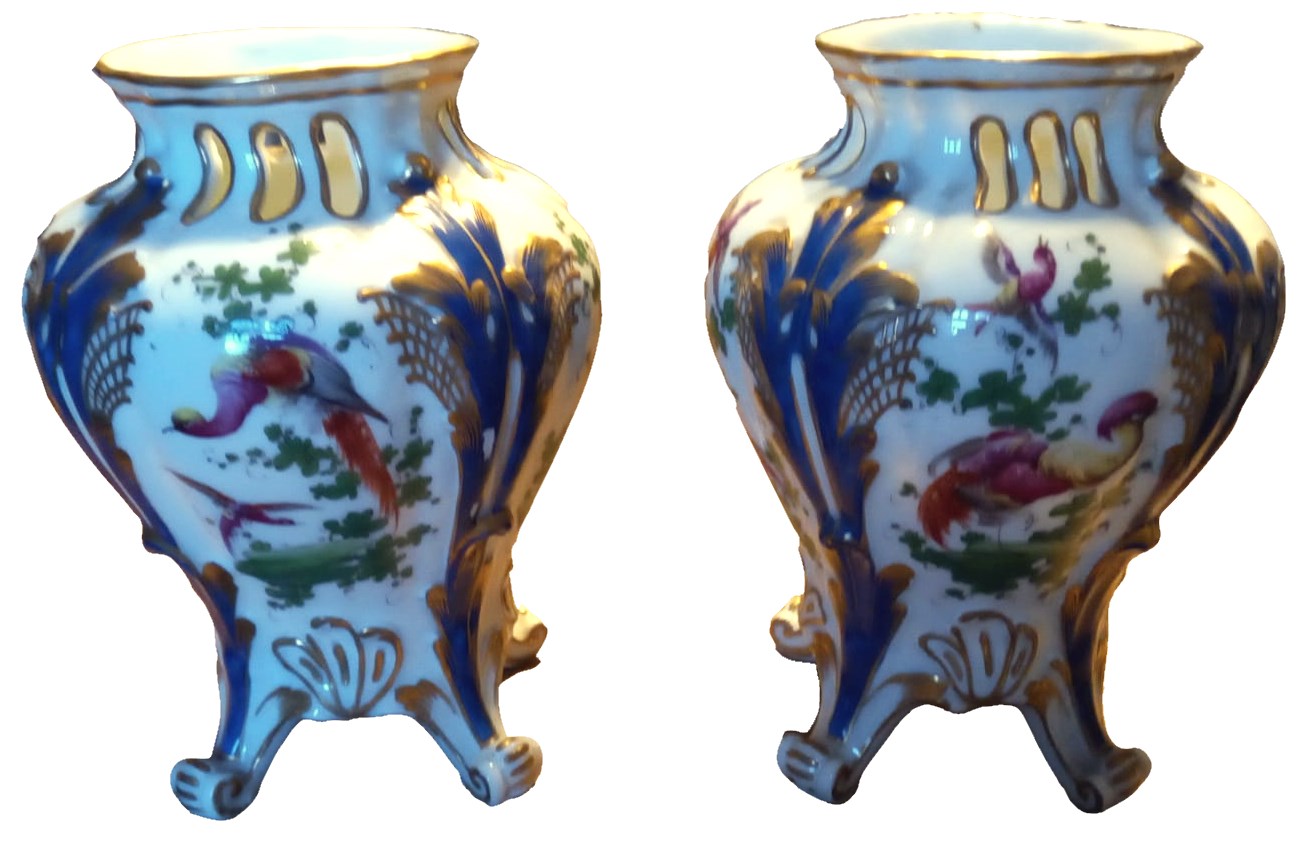 The other items are a pair of Samson porcelain baluster vases decorated and marked to look like 18th century gold anchor Chelsea soft paste porcelain, but in hard paste porcelain, made 100 years or more after the originals.  These are very pretty but again of limited value and I actually bought them not too long ago. Maybe £100-£150 maximum.

Another one of those subjects which interests me and actually shows that pleasure can be had from collecting interesting things without spending a fortune.